The House of Mirth by Edith Wharton 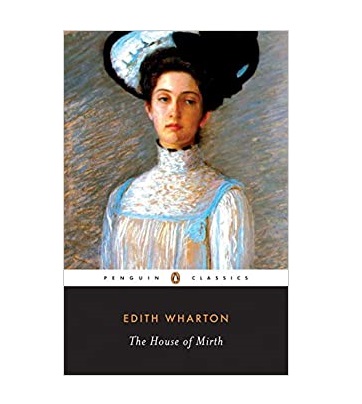 I just reread Edith Wharton’s The House of Mirth for the fourth or fifth time in preparation for a book discussion class about the book in my “Women’s Words” series. As I said to my son before I began reading the book again, each time I start this book I hope that it will turn out to have a different ending. But, as you already guessed, it did not. The beautiful Lily Bart still wends her way through the perils of high society in turn-of-the-twentieth-century New York, still wavers between what she has been trained to do – find a rich husband – and what her heart tells her, and still follows a downward trajectory. Poor Lily!

Or maybe not. My class participants didn’t feel a great deal of sympathy for her as they watched her make one after another bad decisions. Did our dear Lily ever have a chance? As she says of herself, she has been trained since birth to be an ornament. What hope does a woman like that have alone in the world if she does not marry? It seems that Lily had no marketable skills.  And that, while her instinct told her she didn’t really want to be married to any of these dull wealthy men, she continued to pursue them – when the book begins Lily is at the ripe old nearly spinster age of 29, and has been pursuing this goal since her coming out in society at age 18 – and yet she isn’t able to bring herself to marry the man she loves, because his income won’t keep her in the style to which she is accustomed. She might become what she and her mother believe to be the worst of sins: dingy.

Edith Wharton herself was brought up in the New York society about which she writes. She wrote later that her mother was cold, and not supportive of young Edith’s bookish inclinations. She moved her daughter’s coming out up to have it earlier, hoping Edith would then have less time to read and write.  Wharton’s mother even deprived her daughter of a regular supply of writing paper, hoping that would discourage her.  There seems to be quite a strong tendency in the late 19th century, both in fiction and in real life, to keep women from writing by taking away their implements! 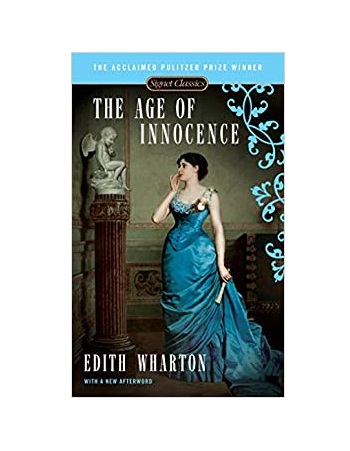 Wharton did marry, but she and her husband did not get along very well and never had children, which left the well-off Wharton to launch a writing career, and to befriend other writers, including Henry James, who spoke very favorably of her work. She won the Pulitzer Prize for The Age of Innocence, which was published in 1920.

Wharton was a successful and well-regarded writer, and her work, while set solidly in a long-gone era, resonates today due to the strong and insightful way the author has created characters with lasting impact. Lily’s plight tugs on my heart strings every time I read the book and, although I lament her fate, I am ever so glad to have met her time and again in this wonderful book.