Snow White Leaves Her Dwarfs Behind 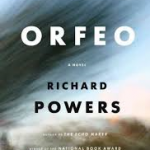 Richard Powers’ new novel, Orfeo, is a story of a composer in his 70s who, throughout the course of the book, recalls key moments in his life. The book is filled with detailed descriptions of the music he listens to along the way. It’s a book that begs for a soundtrack and, in fact, it turns out that several industrious readers have created Orfeo playlists that can be downloaded and appreciated along with this brainy well-written book.

As far as ancillary materials for the newest novel from the youthfully prolific Helen Oyeyemi, I would like to request that someone create an accompanying anthology of the wide range of folklore, mythology, and other literary sources drawn on by the author to build her fantastical tale Boy, Snow, Bird. The main frame of the book is a modern retelling of Snow White. She’s dispensed with the dwarfs and the poison apple, but step-mothers and other recognizable tropes abound in the story of a girl named Boy who grows up to become step-mother to a girl named Snow, and then who gives birth to another girl named Bird. 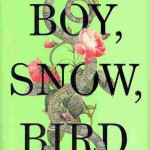 Along the way, the reader will find a witch with a snake for a heart, a mysterious shadow girl with bloody hands, references and allusions to the Pied Piper of Hamelin, poetry by Christina Rossetti, the Greek Fury Alecto, and much more. The book, as it examines questions of identity and appearance versus reality, also weaves in a powerful look at racism in our society and at the status of civil rights in the 1950s and 60s. It also throws in some gender politics at the end, but oh, how I wish she hadn’t gone there. But, no spoiler am I. Grab yourself a copy of Boy, Snow, Bird and take the magically real journey yourself.