Sneaking a Peek at Next Season’s Bestsellers

Ah…. Just finally sitting down after a busy morning on my feet doing what I love best: talking about books!

This morning I gave one of my talks where I preview forthcoming books. I include a PowerPoint presentation and discuss books that will be published by various publishers in the next 1-5 months. I review different categories of books; for today’s audience at Keneseth Israel I spoke about adult fiction and non-fiction, including memoir, business books, cookbooks, and books by local authors.

I also brought along the Open Book pop up mobile bookstore, so I had books for sale right on the spot! I love my portable bookstore and being able to turn people on to new authors. Today one reader was introduced to Ann Patchett for the first time, and walked away with a copy of Bel Canto. She’s lucky—she has a great reading experience ahead of her. I introduced another reader to Colm Toibin’s Brooklyn—what a terrific novel! And best was the eight year old girl who successfully persuaded Daddy to buy her The Big Book of Girl Stuff. She was so happy! When Daddy told her that he spent the ice cream money on the book, she didn’t even care!

There are a number of new and forthcoming books that I talked about today which I’m really looking forward to reading. Here are just a few: 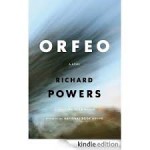 Orfeo by Richard Powers:  In a review in the New York Times, critic Jim Holt asked: Is it premature to talk of the “Powers Problem”? The potential “Powers Problem” Holt describes is that Powers, who has written 11 books, is cerebral, intellectual. He writes about weighty complicated subjects such as genetics, artificial intelligence, and game theory. I like cerebral writers, but, like this critic, I want a book that also has heart, that has fully fleshed characters.

The story underpinning Orfeo is: Retired 70 year old composer Peter Els has an unusual hobby, do-it-yourself genetic engineering. He is trying to implant his theories about music into DNA. When his work is accidentally discovered by government agents, he embarks on a journey that takes the reader through Els’ history and his beliefs about music. I am so far about fifty pages into the book and am finding it very compelling. Yes, it’s intellectual, but I am enjoying the author’s explorations of music, language, and the process of creating art and science.

Orfeo will be the first book discussed in my upcoming “Hot Off the Press” class.

Another new book I enjoyed is Margot by Jillian Cantor. The premise of this novel is that Anne Frank’s sister Margot did not perish, but managed to survive the war and is now living under an assumed name in Philadelphia, in 1959 when the book takes place.

Margie Franklin works as a legal secretary at the firm Rosenstein, Greenberg and Moscowitz. She is posing as a non-Jew, hiding her former identity of Margot Frank, and wearing long-sleeved sweaters, even on the hottest days of summer, to cover the tattoo on her arm. What sets Margie’s neatly constructed post-war world on edge is the release of the film version of her sister’s diary.

A book in the food category, coming out next week, sounds really interesting: Lunch: A History. This book (which is apparently part of “The Meals Series”), is a six-continent survey and history, covering lunch customs the world over: who eats lunch where, how, and what they eat. As the author of a book about dining customs and traditions, this one’s right up my alley.

Two other forthcoming books about some of my favorite authors and books caught my eye. The Invention of The Great Gatsby, by Sarah Churchwell, looks at the Fitzgeralds and the life they were living while F. Scott wrote this book, including a crime of the time that may have influenced him. And there are not one but two new books about the ever-intriguing reclusive J.D. Salinger: Salinger: The Escape Artist by Thomas Beller and My Salinger Year by Joanna Rakoff. I try to read everything by and about this esteemed (if not always personally than at least literarily) author, so I definitely want to check out these two books. 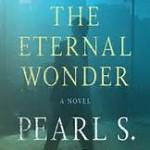 Also Pearl S. Buck has a new novel coming out. What’s that, you say: she’s been dead for 41 years? Details, details! This posthumous publication, called The Eternal Wonder, is a novel Buck wrote at the end of her life, and which was only recently discovered. Exciting! I recently read and enjoyed her classic The Good Earth. It’s insightful and written beautifully. I’ll be leading a “Literary Lark” discussion of the book along with a tour of Buck’s home this spring. Email me if you want details!

There are many others as well, and I’ll write about them in future posts. For now, however, to get a look at some books I recommend and think are well worth reading, click HERE!