A NEW DAYTIME SESSION HAS BEEN ADDED. SEE BELOW FOR DETAILS. 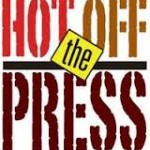 is lively monthly book discussion class led by Lynn Rosen, participants read and discuss new literary fiction. Class conversations include a thorough and thoughtful analysis of the book as well as background information provided by Lynn about the author and the book’s path to publication. We talk serious book talk, but have a lot of laughs too!

Class will take place monthly on Tuesday evenings from 7pm to 8:30pm

Here are the book selections! (Note: Class members also  receive discounts if they purchase their class books from the Open Book Bookstore. Books are not included in the cost of the class.) 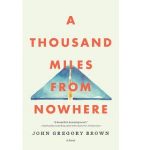 As the book begins, fleeing New Orleans as Hurricane Katrina approaches, Henry Garrett is haunted by the ruins of his marriage, a squandered inheritance, and the teaching job he inexplicably quit. He pulls into a small Virginia town after three days on the road, hoping to silence the ceaseless clamor in his head. One reviewer says: “Brown is an expert storyteller, and his latest only further reinforces that claim.” 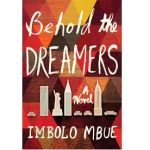 A stunning debut about marriage, immigration, class, race, and the trapdoors in the American Dream—the unforgettable story of a young Cameroonian couple making a new life in New York just as the Great Recession upends the economy. One reviewer says of this Cameroonian writer: “Among the spate of novels forged in the crucible of the previous decade, Mbue’s impressive debut deserves a singular place.”

NOVEMBER 15 & 18
The Mothers by Brit Bennett 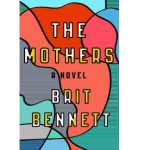 This debut novel describes the tangled destinies of three kids growing up in a tight-knit African-American community in Southern California. Years later, the characters are haunted by what might have happened if they had made different decisions.  The story is told partly by the main character, Nadia, and partly by a chorus of eponymous “Mothers,” the church ladies of Upper Room Chapel. 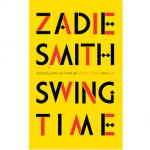 An ambitious new novel from the multi-award-winning author of White Teeth. Two brown girls dream of being dancers–but only one, Tracey, has talent. The other has ideas: about rhythm and time, about black bodies and black music, what constitutes a tribe, or makes a person truly free. It’s a close but complicated childhood friendship that ends abruptly in their early twenties, never to be revisited, but never quite forgotten, either… 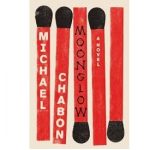 Following on the heels of his New York Times bestselling novel Telegraph Avenue, Pulitzer Prize-winning author Michael Chabon delivers a novel of truth and lies, family legends, and existential adventure—and the forces that work to destroy us. The story is speculative fiction inspired by recollections Chabon’s grandfather shared with him on his deathbed about Chabon Scientific, Co., a mail-order novelty company.

NOTE: All tickets are non-refundable.