So many children’s picture books contain strong affirmative messages and beautiful art — all at a level that can be very meaningful to adult readers.  Join us for a gathering of adults reading children’s books! You’ll hear from our expert speakers some of what goes into creating a children’s book and what makes it great (or not!).

What’s on the agenda for this evening: 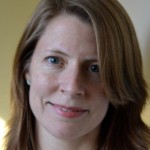 Heather Devlin Knopf, artist and children’s book author and illustrator, will talk about her illustration process, from thumbnails and clay sculptures to photo reference and final artwork. She’ll also address a frequently asked question, “Which comes first…images or words?”

Julia Rix, a watercolor artist, will talk about the beginning stages of developing a children’s book illustration project as well as review some books that inspire her. 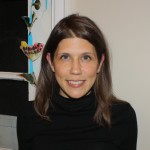 During the event, we will look at and read a selection of children’s picture books, including classics and new publications, and discuss what we like about them.

This evening is also great opportunity to select some new books for your children and grandchildren, or for gifts.

Feel free to bring along a favorite children’s book or two of your own to share! Also, we will be providing you with a list of the books we discuss, and they will be available for purchase as well. Heather Devlin Knopf will sign copies of her illustrated book, The Cow in Patrick O’Shanahan’s Kitchen, written by Diana Prichard.

Heather Devlin Knopf is an artist/designer, educator, and children’s book writer and 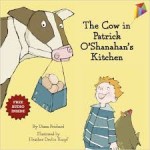 illustrator. In 2013, Heather illustrated The Cow in Patrick O’Shanahan’s Kitchen, written by Diana Prichard and published by Little Pickle Press. A graduate of Carnegie Mellon University with a B.S. in Graphic Communications Management, Heather later completed an MFA in Illustration at the Hartford Art School at the University of Hartford. She is represented by the Andrea Brown Literary Agency and also teaches at Moore College of Art and Design and Philadelphia University. Originally from Boston, Heather now calls Philadelphia her home. Her two, highly imaginative boys continue to be a source of inspiration. 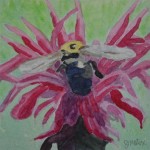 Julia Rix earned an M.Ed. in Art Education from Tyler School of Art and taught Art, English, and ESL for Abington School District for 11 years.  She is a member of the local artists’ cooperative MamaCITA and her watercolor paintings have won awards at both the Abington Art Center and the Cheltenham Center for the Arts. She studied with renowned children’s book author and illustrator David Wiesner and is currently working on her own publication projects.

A Night of Readings About Social Justice 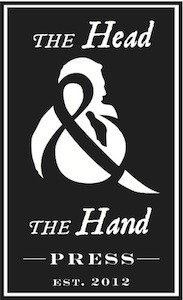 What do Genetically Modified foods, Freedom Summer of 1964 and building community through urban agriculture all have in common? They are themes that can be found in the novels and short stories of The Head & The Hand Press. Of course these themes are also all social justice issues. But as The Head & The Hand Press upholds its mission to tell stories that have the power to “change and entertain,” this Philadelphia publisher has added a literary depth to these issues that are at the forefront of progressivism in the United States.

If your love of literature intersects with your passion for social justice, then please join The Head & The Hand Press and The Open Book Bookstore as we welcome Jon McGoran reading from his food advocacy essay “Long Range Meal Planning,” Simone Zelitch reading from her civil rights novel Waveland and Nic Esposito reading from his urban farming essay collection Kensington Homestead. 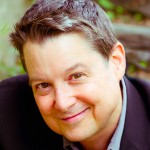 Jon McGoran is the author of six novels, including the biotech thrillers Drift and Deadout, as well as their forthcoming sequel, Dust Up (April 2016), all from Tor/Forge Books, as well as the novella After Effects, from Amazon StoryFront. Writing as D. H. Dublin, he is also author of the forensic thrillers Body Trace, Blood Poison and Freezer Burn, from Penguin Books. His short fiction and nonfiction can be found in a variety of anthologies, and his short story “Bad Debt” received an honorable mention in Best American Mystery Stories, 2014. He is a member of the International Thriller Writers, the Mystery Writers of America, the International Association of Crime Writers, and a founding member of the Philadelphia Liars Club, a group of published authors dedicated to writers helping writers. 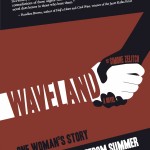 Simone Zelitch’s previous books include Louisa, which gained a starred review from Publishers Weekly and Kirkus as well as praise from the New York Times. She also the author of Moses in Sinai and The Confession of Jack Straw. Once a Peace Corps Volunteer in Hungary, Simone is now a professor at the Community College of Philadelphia where she coordinates the English Degree and established the Creative Writing Certificate Program. 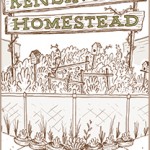 o-manages Emerald Street Community Farm with his wife Elisa as well as their own homestead populated by their son, Luca, a dog, a cat, and a whole bunch of chickens. He writes about social change, urban farming and sustainability for blogs and magazine and spoke on urban farming at the 2010 TED X conference in Philadelphia. He is the author of the novel Seeds of Discent and the essay collection Kensington Homestead. Nic is the founder of The Head & The Hand Press and The Head & The Hand Workshop. 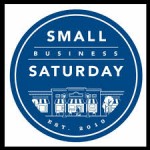 The Saturday of Thanksgiving weekend, November 28th, is Small Business Saturday. On this day, many indie bookstores invite authors to be guest booksellers. It’s fun for customers to come in and find the authors working in the store!

Come meet some of the authors who live in our community as they take a shift guest bookselling at Open Book Bookstore on 11/28.

11am to Noon: Daniel Sean Kaye, author of Never Underestimate a Hermit Crab

Noon to 1pm:  Jon McGoran, author he author of six novels, including the biotech thrillers Drift and Deadout

1pm to 2pm:    Andy Schloss, author of cookbooks too numerous to mention here!

2pm to 3pm:    Stephanie Feldman, author of the novel The Angel of Losses

3pm to 4pm:    Karen Toz, author of many middle grade books, including Nate Rocks, and a novel for adults

Shop indie, shop local! Oh, and did we mention treats?

Come hear some talented Cheltenham High School Vocal Arts students perform and, while you do, support them as they fundraise for a school trip to travel to Puerto Rico, where they will meet and perform with local musicians.

Chat with the Chefs about their favorite cookbooks! 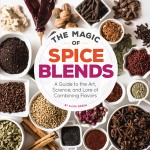 Aliza Green is a chef and food industry consultant. She has written 13 cookbooks, including a James Beard Award 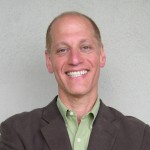 Andrew Schloss is a prolific teacher and author known by his readers and students for his inventive recipes and an ability to explain technical aspects of cooking in entertaining, understandable terms. He is the author of 23 cookbooks including: Mastering the Grill (winner of a World Gourmand Award and a New York Times best-seller) and The Science of Good Food (winner of an IACP Cookbook Award, a James Beard finalist, nominated by Le Cordon Bleu Food Media Awards as Best Food Book in the World), both co-authored with David Joachim; Fifty Ways to Cook Most Everything (a main selection for Book of the Month Home Style Club); Homemade Sodas; One-Pot Cakes; Fire It Up, The Art of the Slow Cooker, Cooking Slow and Homemade Liqueurs & Infused Spirits. 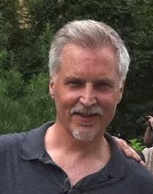 Owen Lee is co-owner of Park Plates Restaurant in Elkins Park, PA. He is a graduate of the Culinary Institute of America, with 30 years’ experience in the food business.  A native of Philadelphia, Owen found his passion for cooking at a young age.
Through his Cuban ancestry and fluency in Spanish, as well as his travels through the United States, Thailand, Mexico and the Caribbean, Owen developed a keen interest in ethnic cuisines.  After graduating from cooking school, he returned to Philadelphia and worked as a chef for various restaurants and catering operations.  In addition, he worked as a traveling chef for The Rolling Stones, Neil Diamond, and Olympic gold medalists Brian Boitano and Katarina Witt.
In 1992, Owen opened a catering business called “Uncommon Catering” in Philadelphia, arranging both corporate and social events.  In 2000 Owen opened Cibucán, a Latin American style tapas restaurant in Philadelphia.
Starting in 2004, Owen teamed up with filmmaker Mitchell Smith to produce a TV program about Latin American food, music and culture called, “One For The Road.”  The program aired in 2010 as a 6 part series on WHYY, the PBS TV affiliate in Philadelphia.
He has been interviewed on “A Chef’s Table,” a nationally syndicated radio program on NPR, and has made numerous appearances on TV. Owen has taught cooking classes through Temple University’s continuing education program and has worked as a food stylist and a menu consultant.  He is also a singer/ songwriter, guitarist, and drummer, performing regularly around the Philadelphia area.