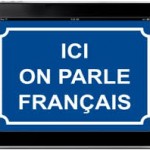 Participants are at different levels of ability, but we request that you have at least a basic knowledge of the language in order to be able to carry on a conversation. If you’d like to join, email lynn@openbookphilly.com

We are very pleased to introduce our wonderful instructor, Christine Moisset Edelstein. 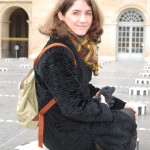 Born and raised in Paris, France, Christine Moisset Edelstein came to Philadelphia in 1990 as an exchange student at the University of Pennsylvania.  During that year, she discovered her love for teaching.  She has been teaching French at Penn ever since.  Christine has always had a love of languages.  When she was a student in France, her interest lay in foreign languages. She majored in languages in high school (English, Russian, German), but it wasn’t until she started teaching French that her love for her native language blossomed.  She received her Ph.D in linguistics from Penn in 2000.

Christine is married to Chris Edelstein and they have three children whom she is trying to raise bilingual.  She laments that it isn’t an easy task, but she is determined and will only speak French to them.